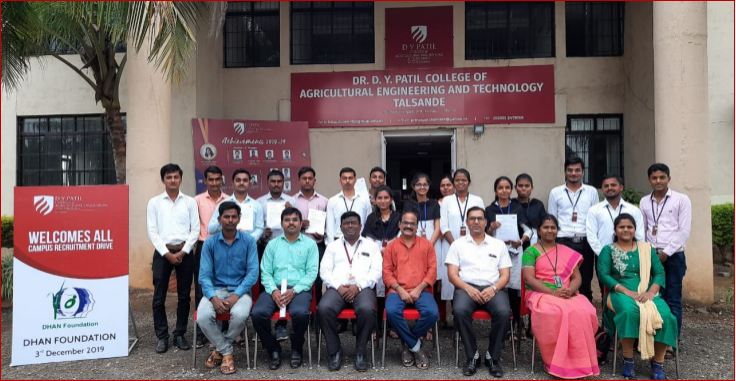 The students selected as above were given the selection letter by DHAN foundation and letter were distributed to candidates bt the hands of principal Dr. S. B. Patil, Academic